The Worst Nightmare of a Parent

All these questions are very important and must come to every parents’ mind and if the answer to the above mentioned questions is “I don’t know”, then you must try to look for the answers because you never know when someone can make your child their prey and your child may suffer the worst, resulting in ruining their entire life. So, it is extremely important that you observe each and every person around your child keenly because you cannot predict whether a person is a pedophile or not unless they make a move on your child.

Nowadays, we are constantly hearing cases regarding children being abducted from public places and pedophiles. Now who are these pedophiles and what do they want from minors?

Pedophiles are those people who suffer from “pedophilia”, a psychiatric disorder in which such people find sexual attraction in children. Such people can be anywhere in a public area like shopping malls, playgrounds and other play areas, parks, restaurants or outside schools etc, where they can find children easily and can target them.

They know how to lure children and how to bait them by tricking them, maybe by giving a candy or chocolate or ask them to tag along as there are a bunch of kids going out for ice cream or even by saying this to the child that his parents asked him to pick him up from the school and he is his uncle from far off relation or his dad’s friend and let’s not forget kids are kids and can easily be trapped. Anything can be made up as they are the predators and know how to target their prey, they know how to handle a child who persists over not going with them and how to act sweet so that people around them don’t notice anything obnoxious happening.

When these pedophiles are successful in gaining the child’s trust they take them to a secluded area and harass them sexually and even kill the children when they have a fear that the child will disclose it to someone or have recognized them or just to be on the safer side to keep their path clean. Now, any normal person or someone who has never heard of this thing before would think that how is this even possible and why would a grown up get sexually attracted to minors.

The explanation to this is quite easy, it’s just like serial killers find it fascinating and full of pleasure to kill people, it gives them a satisfaction or those rapists who find younger women attractive and make them their victim, it’s similar with pedophiles but their victims are minors.

Past and recent events:

Child abuse is not a new thing and we cannot point the time when it actually started because it dates back to more than 100’s of years ago and many cases just went by unheard and undealt because there was no awareness at that time among the people that someone can do such a heinous thing to children. Long ago in ancient greek civilization, this was considered a part of romance between young males and minors but with the passage of time and when man became civilized by getting an education and when societies got developed, this practice was abolished and was considered wrong and harmful for children spreading STDs ( Sexually Transmitted Diseases) in them that not only results in ruining their lives but also sometimes leads them to death. Today it is considered as a crime and a big offence with a lifetime imprisonment. There are hundreds and thousands of cases of child abuse that have been reported till date all over the world and recently the number of such cases have hiked up and people who were involved in these cases were not only strangers for the children but were acquainted to children in some way or the other like from their schools or from family and friends. These predators make their move on the children they know first, not just because they are in their reach but also because it’s easier for them to threat them that they can bring harm to their family and because they gain their families trust as well.

Every 15 minutes a child is being abused in Australia and the rate is increasing day by day which is frightening. The statistics show that in 2015-2016, approximately 355,935 cases of child abuse were reported and we can not imagine the amount of those that weren’t reported.  This was an increase of 8.1% from 2014-2015 and like I mentioned before that some of the abusers were someone who were close to the children and some were strangers like their teachers, religious people they knew, step father or biological father, step brother or real brother, uncle etc. In USA, many cases were reported of female pedophiles who were actually forcing minors to visit them in their apartments where they used to perfom sexual acts on children. Cara Dickey, Jennifer Lea Bunton, Lisa Lavoie, Lisa Robyn and Stephanie Ragusa are some of the names that came forward in this regard and most of them were the teachers of the victims or their coaches.

Recently, a case came forward in Sydney Australia, where a security guard of a famous shopping mall, took a minor with him and abused the child, while revealing himself to all the security cameras. Now the point to ponder is that he was a security guard and it’s the job of a security guard to protect the place from anything disruptive or any sort of obnoxious activity while this one himself was involved in one.

Not just this but there are many families involved in this dirty stuff who have been abusing children for decades. One such family of child abusers came forward naming Antony Potts, his wife Elaine and brother Joshua, who have been doing this for about three decades, later charged and imprisoned.

Child abusers or pedophiles not only have their personal interests in doing this cruel act but sometimes it consists of a mafia that is involved in child trafficking, that kidnap kids from all around the world, abuse them and then sell them into other countries to work for them as sex workers known as Child Prostituition and surprisingly these kids are high in demand for this bad job along with begging, theft and other illegal activities like transferring drugs etc. Thailand and India are in top 5 countries with the highest rates of child prostitution. The ordeal doesn’t end here, even many religious and sacred institutes and contemporary schools whose teachers and coaches were involved in this absolute reprehensible act.

How to spot the odds:

When such things happen around us or God forbid with any child, it’s not possible that the child won’t show any odd behaviour or won’t try to tell his or her parents or family about someone or something, like complaining about a specific person that “I don’t like that person” or “Why does he comes here?” or “Why does he kisses me or pulls my cheeks?” or maybe even “Why does he spanks me?”, “Mom tell him that I’m not at home whenever he will ask about me” or “I don’t want to go anywhere with him or near him or Don’t leave me alone with that person”. Instead of listening to our children we simply snub them by saying that “No, it’s not right to talk like this about someone” or “No it’s just his way to love you, he doesn’t mean anything, afterall he is your Uncle or our good neighbours”.

This attitude of parents and families towards their children is absolutely wrong, just because you don’t think like that doesn’t mean someone else also thinks likewise or isn’t someone who can bring harm to anyone. LISTEN TO YOUR CHILDREN WHATEVER THEY SAY…. THEY MAY SOUND STUPID but what if they’re right and what if that person is actually abusing your child and threatening him. Maybe there is a whole new world that exists that is unknown to you but someone is making that known to your child without you even having a hint. So…

What can you do for your child’s protection:

Now we all know that how brutal can the outer world be to our children and we as parents can’t stop our children from going to school or getting involved in after school activities but what we can do is that we can educate our children about the Good and the Evil.

Nothing is more important for parents than their children and their safety should be their first and foremost priority. Work is important and earning money is important too and without these two your life cannot function and I completely understand that there are situations where parents need to trust other people with their children but do you still think that working like this is worthy enough if something wrong is happening with your child while you’re at work. Today we don’t even give someone our bank details or passwords or our money or any precious thing then why do we trust strangers with our children who are priceless. We bring our children into this world and it’s our responsibility to take care of them and their safety and it’s also our responsibility to figure out something that works best making it an ideal situation. Not at all against babysitters or daycares but who can take care of your child better than you? 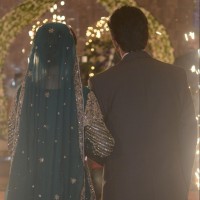 Author Details
Anum Omar
Housewife, mother, emerging blogger who knows everything and is always right (only in front of my husband though)!
anum.malik.11192@gmail.com
Tags:
Previous Article
What to expect when you’re expecting – The Graduation – Types of Deliveries
Next Article
The Positive Impact of a Good Work/Life Balance

What to expect when you’re expecting – The Graduation – Types of Deliveries
Anum Omar June 19, 2019

What to expect when you’re expecting and some Tips and Tricks during Pregnancy!
Anum Omar March 4, 2019

From Womb to World: Nothing worth having comes easy
Anum Omar February 12, 2019

What to expect when you’re expecting – Near the finish line!

What to expect when you’re expecting and some Tips and Tricks during Pregnancy!

From Womb to World: Nothing worth having comes easy